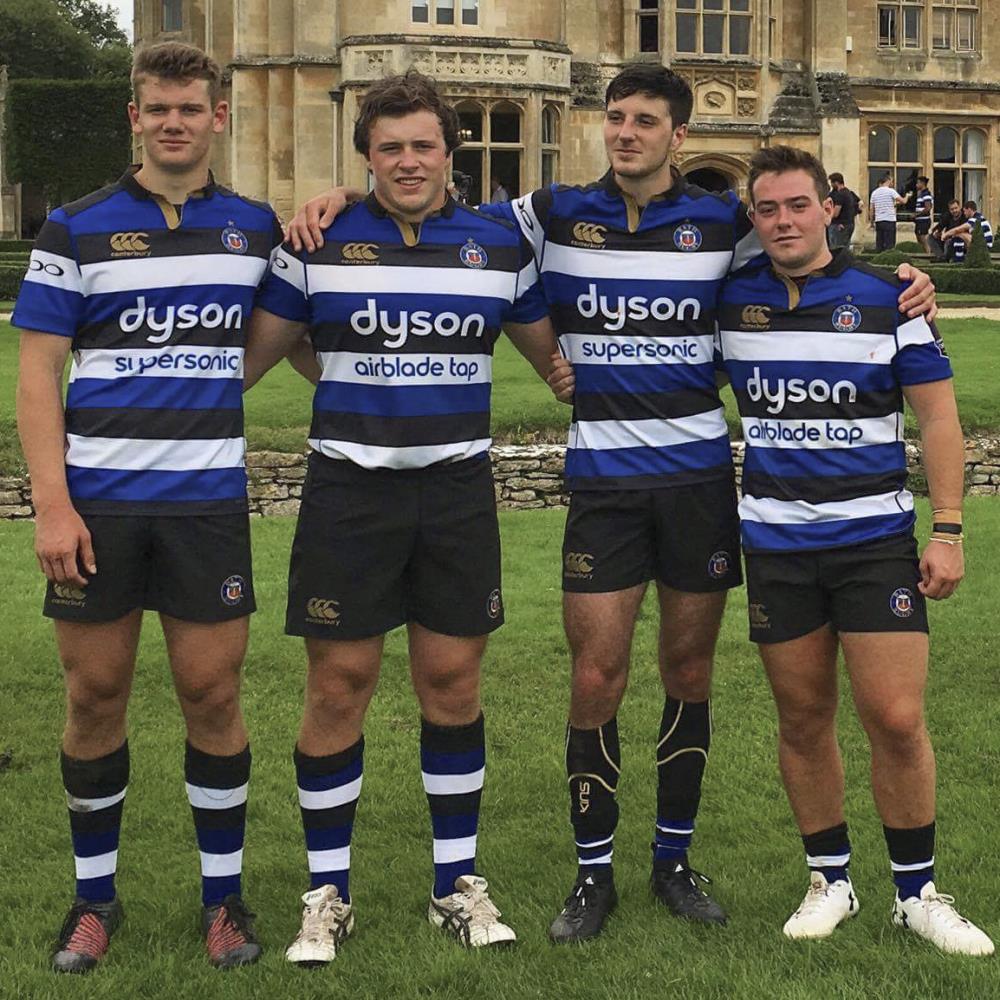 As we start the new academic year, the summer holidays may have been restful for some pupils but for others it has been a very busy couple of months with sporting commitments throughout July and August.   Among the many achievements:

In Rugby, many congratulations to Luke Mehson, Will Butt and Robbie Tolcher who have been training throughout the summer with Bath Academy, culminating in a match against Leinster U18s. The boys were training alongside OC Arthur Cordwell who has started his career as a Bath Academy scholar and played for Bath ‘A’ last Friday night (pictured).

In Cricket, Tom Prest continued his excellent cricketing progress, representing the South & West U15 team at the English Schools' Cricket Bunbury Festival, while in Swimming Eve Hewitt finished 19th within her age group classification in the 3km race at the English Open Water Swimming championships.  Sophie Patrick competed at an international show jumping event in France and as the youngest rider on the youngest horse did extremely well to claim a 10th place finish, while in Athletics Martha Taylor finished 18th in the Intermediate age group javelin competition at the English Schools Athletics championships and was also selected for Wessex Leopards U15s in the England Hockey Futures Cup tournament which took place at the end of August.

Congratulations also go to new Lower Sixth pupil Morgan Taylor, who has had an excellent summer of Golf not only qualifying for the final of the European Junior Open which takes place in Spain in November but also claiming the prestigious Faldo Series U18 title.  We wish him every success also in the Grand Final in Abu Dhabi at the end of November.

We have two pupils performing extremely well in their sailing at the moment. Abby Childerley has had a successful summer sailing in the Laser 4.7 at the world championships for the GBR juniors. Despite sailing with a swollen foot from a hockey injury she managed to get through the week finishing 26th out of 120 girls, and the second ranked GBR U16.  Meanwhile at the recent Cowes week Freddie Peters had a very successful competition finishing as the overall winner among the White Group dayboats, winning the RS Elite class, the Newcomers’ trophy and Young Skippers Trophy and this should lead to future involvement in the junior GB sailing programme.

Finally, we have seen International honours for three pupils over the summer months.  OC Felix Organ represented England U19s against India U19s in the recent one day series of matches played across the country and now begins his professional career with Hampshire, while OC Henry Baugniet continues his selection for England Hockey and was awarded a Vice Chancellor’s Scholarship at Durham University on the strength of his sport.  Bethan Burley qualified for the final of the Senior Girls 400mH at the English Schools championships where she finished in 6th place and was then selected to represent Wales U18 in the 400mH at the Celtic Games in Dublin where she picked up the silver medal.  Both Henry and Bethan’s achievements have also been recognised locally, with both announced as winners of this year’s Poole Sports Council Sports Awards.

“It has certainly been a busy summer for Canfordians who have displayed excellence in numerous different sports.   I congratulate not only those mentioned but also all those pupils who have used the summer months as an opportunity to progress and develop their sport, whatever their level.  We are all looking forward to another year of high achieving and inclusive sport at Canford.”