Canford U16 Girls Do the Double! 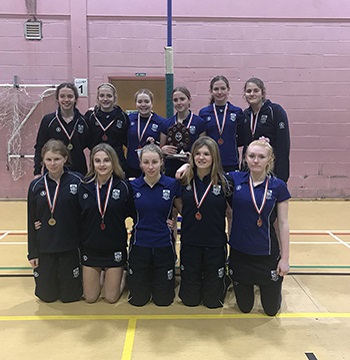 For the first time in Canford history, the U16 girls made it through to the National finals in both Hockey and Netball. This is a truly fine achievement against strong competition from schools across our region and something rarely seen at any school. The U16 Hockey team beat Marlborough in the semi-finals 2-0 and Clifton College 2-0 in the final, while the U16 Netball team faced Talbot Heath winning 16-6 in the semi-finals and Marlborough 14-6 in the final.

Natasha Wilson, Assistant Director of Sport, is thrilled for the girls: “The U16 year group is talented in sport, but this kind of achievement also requires a great deal of hard work and commitment to training. I have been very impressed by the sense of purpose and real dedication by this group of girls and I am delighted that it has all been so well rewarded with some fine individual match success alongside County and Regional wins. Many congratulations to all the players and thanks to all the parents and friends who have supported them so enthusiastically during the season.”

In addition, seven of the girls were part of the Bournemouth U16 girls’ Hockey team which came an amazing 3rd in Nottingham over the weekend of 7/8 April at the England Hockey National club finals. Congratulations to Martha, India, Sophie, Imo, Daena, Molly and Alice.