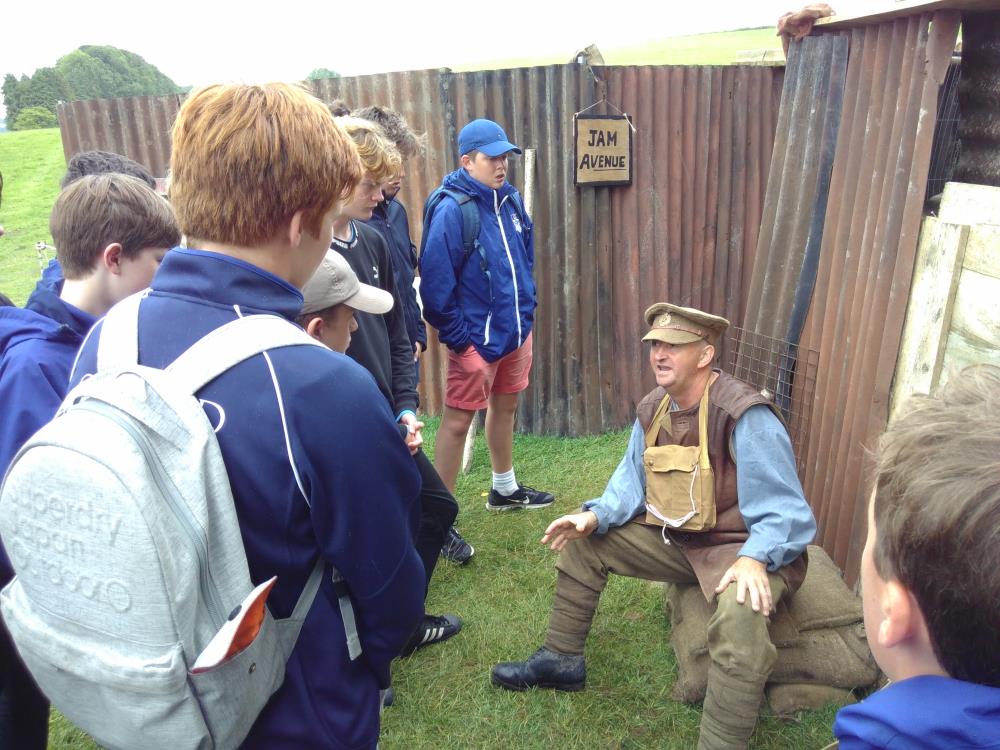 Twenty two of our Fourth Form History students had an exciting day at the Chalke Valley History Festival at the end of June. They heard lectures from several eminent historians including Dan Snow, James Holland, Dr Susannah Lipscombe and Dr Peter Caddick-Adams, which not only helped develop their knowledge of their IGCSE History course, but also expanded their thinking about the importance of History. They were also able to engage with the First World War in the Trench Experience, manned by authentically-dressed military re-enacters, including Old Canfordian John Winder (Lancaster, 1997).