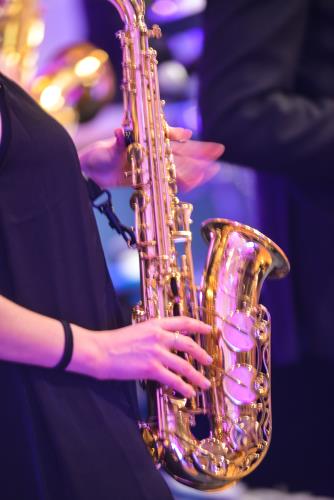 The 2017 House Music competition was once again a blend of exceptional talent and enthusiastic music making as pupils in each of the ten houses performed their hearts out in pursuit of the best house in three main categories and the overall prize.

Each house offered a House Song and Contemporary and Classical pieces.  As usual, there was a very wide range of genres and styles represented, from ‘Uptown Funk’ by Mark Robson to Grieg’s ‘In the Hall of the Mountain King’ and music from current contemporary stars Little Mix to the ‘Ave Verum Corpus’ by Mozart.

In the House Song category, the overall winners and Girls’ House winners were Beaufort with their rendition of the Britney Spears classic ‘Baby one more time’.  The Day House Song was awarded to Salisbury for ‘Forget you’ by Cee Lo Green and the Boys’ House Song to Franklin for ‘Breaking Free’ from High School Musical.

The Classical was awarded to Lancaster for a fine performance of ‘Trio in Bb major, adagio’ by Beethoven with Zarah Warr on piano, Alby Stevens bass clarinet and Tom Davis on the violin.  The Contemporary went to Court for their version of ‘Love Yourself’‘ by Justin Bieber performed by Ed Loveridge and Ben Read-Ward, with Liam Saw accompanying on piano.

The adjudication was given by Lucy Warwick (OC), and her positive and musical comments were well received by the pupils.  Many congratulations to all the performers, and in particular to Marriotts, crowned the overall competition winners.

The whole event was live streamed via YouTube to enable parents near and far to watch the performances, and many thanks go to Charlie Bannister for masterminding this technical triumph!

“This year’s House Music competition was yet another opportunity to showcase the wide variety of musical talent across the school and also to foster a tremendous House team spirit among pupils in all year groups.  I was particularly impressed with the leadership displayed by our Sixth Form musicians who worked so positively with the juniors. The judging proved to be very difficult with so many excellent performances and my thanks go to everyone involved for all their hard work making the 2017 event such a memorable one.”