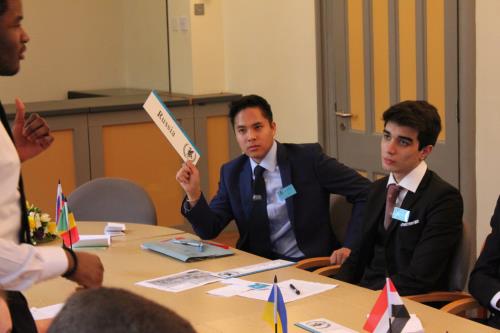 On 18th March, a group of eleven Canford pupils made the journey to Queen’s College, Taunton for the annual Model United Nations conference.  Our group, made up of four Sixth Formers and seven Fifth Formers, was assigned an interesting combination of countries - representing Syria and Russia!

The pupils involved should feel extremely proud; they were the youngest, least experienced group the school has ever taken to an MUN, and did exceptionally well by coming away with three awards.

"All the Canford delegates engaged with the issues (from International Cyber Security to Human Trafficking) very well and, having experienced one MUN, I hope they will go on to win more awards in future conferences."