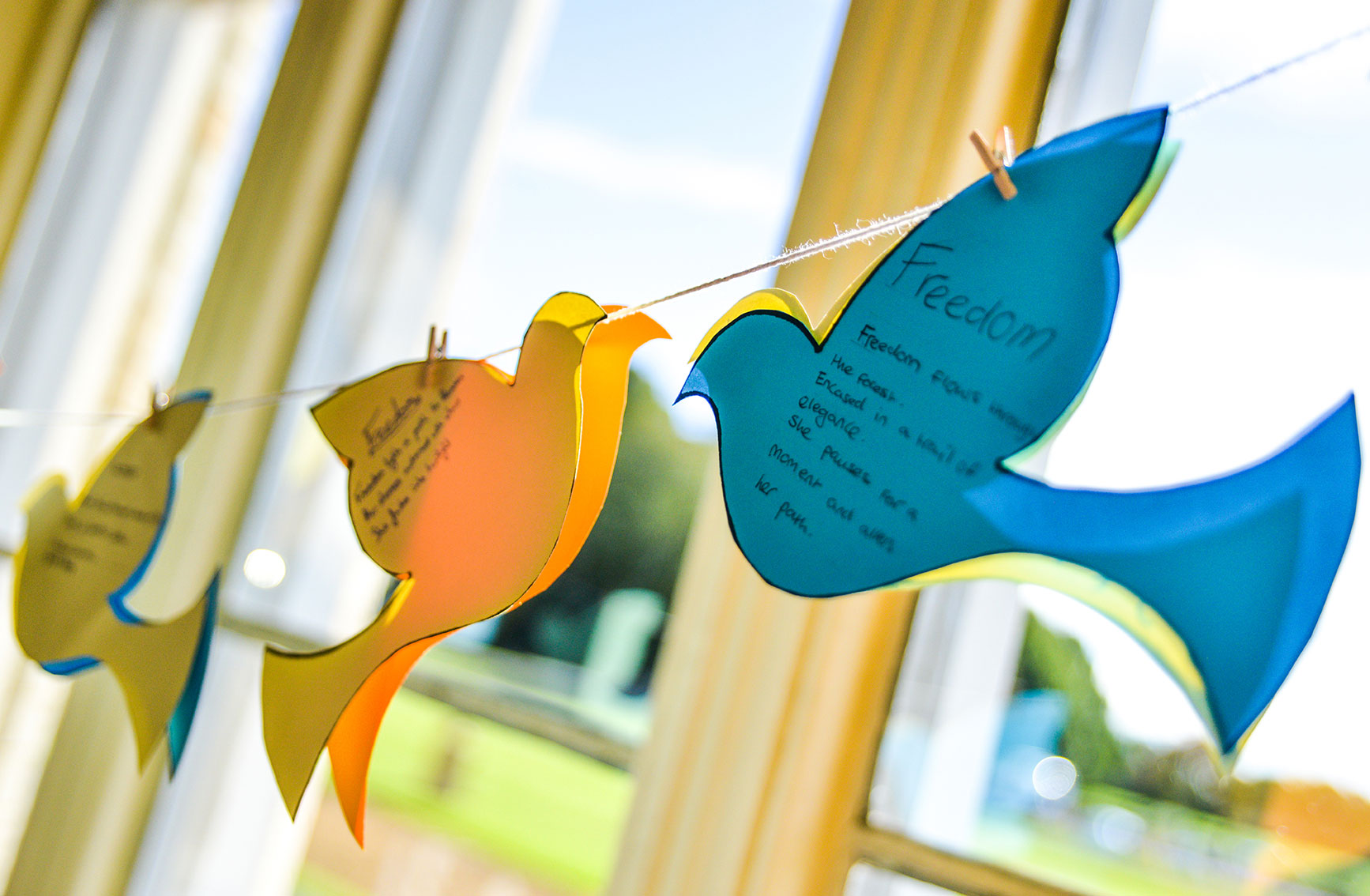 Canfordians celebrated all things literary supporting a number of recent nationwide initiatives.  National Poetry Day on Thursday 28th September was marked by the library with a display to tie in with the national theme of freedom.  Teachers from History, Music, Spanish, German, EPQ and Classics began lessons by reciting a poem and during English classes, Shells were invited to compose a poem about freedom in the shape of a bird which were then displayed for pupils across the school to read (pictured right).

National Libraries Week from 9th -14th October saw pupils and staff encouraged to venture into the library to explore the varied range of resources available including newspapers, magazines, DVDs, books, e-books, audiobooks and online resources. Several groups around the school recommended books for a library display.   There was something for everyone with recommendations from Ichthyans, Biology book club, Physics book club, Business and Economics and the Bourne Academy reading group.   The combined Canford School and Bourne Academy reading group held their first meeting in the library during this week.  Organised by the English department and the library, the group got to know each other by recommending a book in just one minute.  Chocolate brownies were also much enjoyed by all of course!

This week also saw the first meeting of the Fourth Form Library Committee which invites a Fourth Form representative from each house to meet up every half-term in the library.  Discussions include ideas about possible activities and events as well as ideas for books to add to the library.