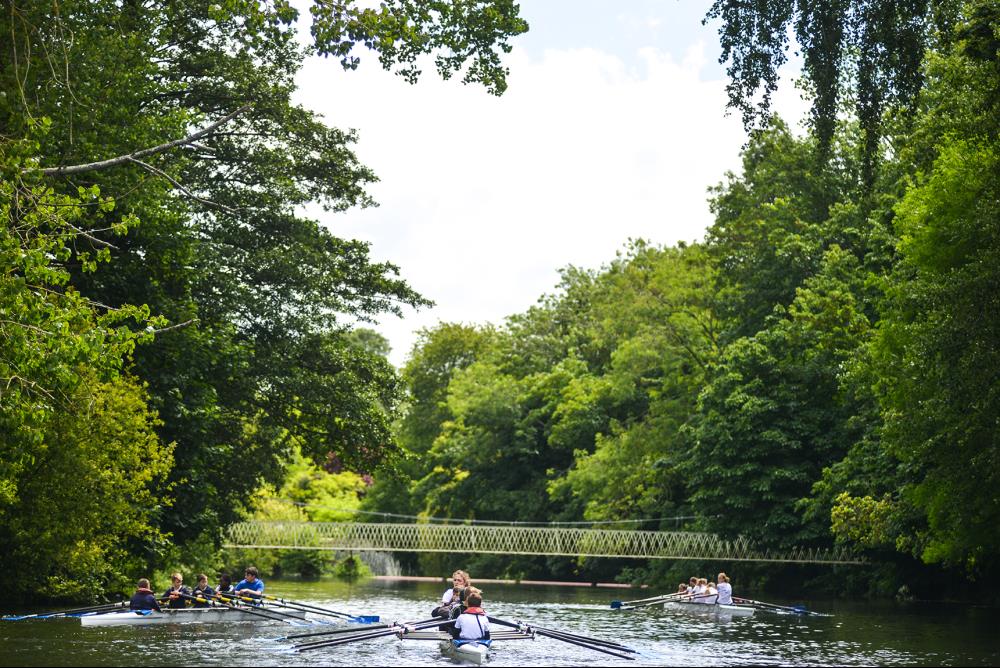 This year's SHINE Day of Sport was as fun-filled and active as ever.  Pupils from three local primary schools - Kingsleigh, Christ the King and Heathlands joined us at Canford for the day, getting the chance to try out a number of different sports with our own pupils and coaches including cricket, rowing and tennis.  This was a fantastic day, not only for the pupils visiting, but for our pupils too who gained experience in coaching and leadership.

"At the beginning of the day we met and the children split into groups from each school. Once they were assigned a group, a number of Canford pupils guided them to their activities for the morning. First there was an hour rowing session where the children got to row in a boat with members of the Rowing Club, switching positions so that they got the opportunity to try every aspect of rowing. We then split into smaller groups, still from varying schools and went to tennis where the girls did a variation of reaction tests and slowly progressed this into a tennis forehand shot. By the end of this session they were able to rally in pairs. Finally there was a cricket session that enabled our visitors to both bat and field in a friendly game. They were told how to bat and the basic rules. After all three sessions, we asked what sport they preferred the most and the unanimous answer was rowing. They said it was fun and cool to try something they'd never done before."

Thank you to all the pupils and staff who helped make this such a succesful day.