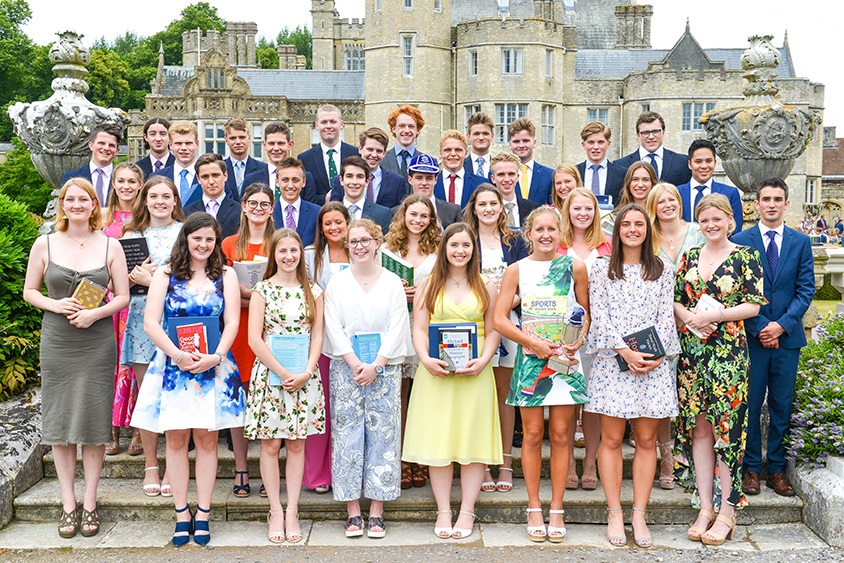 On Friday 30th June Canford held its annual Speech Day marking the end of another successful academic year.  The event celebrated the achievements of the school during the previous 12 months and also recognised Upper Sixth and other leavers as they moved on to the next exciting stage of their careers.

As pupils, their parents, Canford staff and the wider Canford Community gathered in the marquee, they were welcomed to music from the school Jazz Band.  The Chamber Choir performed a wonderful rendition of ‘O Radiant Dawn’ by James MacMillan as a prelude to the formal ceremonies.

The opening address by Headmaster Ben Vessey drew on highlights of the school year, while David Levin, Chairman of Governors, gave pupils sound advice on grasping opportunities and the importance of preparation and not cutting corners on the road to achieving success.  This year’s guest of honour was Old Canfordian and Strictly Come Dancing Winner 2016 Ore Oduba, who presented the prizes and gave a very entertaining speech about his determination to succeed in the world of broadcasting, including overcoming disappointments along the way.

After the formalities, the sun appeared just in time for drinks on the Sunken and Lancaster Lawns and the traditional ‘Canford Gallop’ races were as ever fiercely contested.  Parents and friends also enjoyed the Leavers’ XI cricket matches, a Real Tennis exhibition match, Art exhibition and Orchestral Concerto concert featuring the talented Upper Sixth leaving musicians.  This year there was also a special display in the Library as the Speech Day coincided with the 200th birthday of Henry Austen Layard.

As has become traditional, the Heads of School were announced for the forthcoming academic year.   Many congratulations to Daisy Morse and Cosmo Hamilton-Davies and we wish them every success when they take up their roles in September.

A donation to the Red Cross was made by both Canford and Ore Oduba following Speech Day in support of those affected by the Grenfell Tower tragedy.